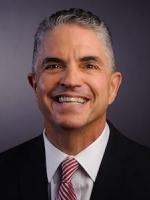 Roger has successfully defended employers against claims of harassment, retaliation and discrimination based on race, sex, age and disability, wage and hour class action lawsuits, Labor Code Section 132a and Serious and Willful claims before the Workers’ Compensation Appeals Board, OSHA Appeals, unemployment claims before the EDD and claims of failure to pay appropriate prevailing wages. He represents and advises employers regarding Union matters such as to terminating collective bargaining agreements, withdrawal liability assessments and grievance arbitrations as well as unfair labor practices before the National Labor Relations Board.

Roger has served as an elected member of the Los Gatos-Saratoga Joint Union High School District Board of Trustees, as a volunteer on the Boards of Directors of the Los Gatos Lions Club (Past-President) and Los Gatos-Saratoga Department of Community Education and Recreation (Chair 2000-2001 and 2007-2008) and as a member of the Santa Clara University Board of Fellows. In 1988, Roger served on the City of San Jose’s prevailing wage advisory committee.