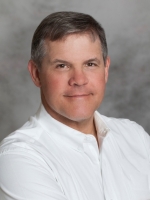 For 15 of the last 20 years or so, Stewart has owned, operated and sold businesses in real estate and distribution.

In 2003, he and his wife, Kathryn, purchased a small distribution company in the hot and frozen beverage industry which included product and equipment sales and service. The business was sold, (by the same business broker!), a much larger and operationally sound company five years later.

Most recently, he founded a Real Property Management franchise in 2009 that ultimately grew to over 500 units predominantly in the single family space.  He and Kathryn were recognized as “Franchise of the Year” in 2014 and ultimately sold the business in June of 2019.

In the interim, between service in the Marine Corps and purchasing his first business, he pursued predominantly technical sales roles in telecommunications, material handling, manufacturing and agriculture.

Stewart studied Agricultural Engineering at the University of California, Davis where he was a member of the wrestling team, the Alpha Gamma Rho fraternity and the University Fire Department.

Stewart has been a member of Centerpoint Community Church in Roseville for nearly 20 years where he serves as a volunteer with the Health and Safety team.

Stewart is a member of the IBBA, CABB and is a licensed Real Estate Sales Agent in the State of California.