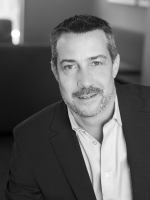 Mr. Wildeveld began his professional career when he founded Value Line Maintenance of Southern Nevada at the age of 18. Within two years Value Line became Nevada's largest maintenance company – it employed 35 maintenance professional who serviced 53 commercial accounts (including the Vons Grocery Store chain and AM/PM convenience store chain).  Michael went on to work in Finance for American Airlines, Internal Audit for ARCO Oil and Gas, Business Development and Strategic Planning for Virgin Entertainment, and "Buy Side" Mergers and Acquisitions consulting for G.E. Capital and Universal Pictures International in Amsterdam, London and Tokyo. Mr. Wildeveld has consulted for such prestigious clients as Queen Noor of Jordan, the Governments of Jordan and El Salvador, The Landmine Survivor’s Network (a Nobel Peace Prize winning Non-Profit Organization) and Fred Alger Management (a leading New York based Investment Bank / Asset Management firm). Mr. Wildeveld has lived throughout the United States, in the United Kingdom, the Netherlands and Japan, and has carried out projects in 19 countries throughout Africa, Asia, Europe, and South America.

While first licensed in Real Estate in Nevada in 1990 while working in commercial leasing for The Ribeiro Corporation, Mr. Wildeveld has spent his professional career in a number of real estate related roles. Since being instrumental in bringing The Veld Group to California as a Consulting and Valuation firm in 1996, Mr. Wildeveld has played a vital role in expanding The Veld Group’s suite of professional services to include sell side mergers and acquisitions and capital advisory services.  In fact, since the company’s expansion in 2003 The Veld Group has become Southern California’s most successful business brokerage. With over $25 million in per annum transactions consistently completed, in just the first 7 years of operations The Veld Group has become Southern California’s premier business brokerage and boutique Mergers and Acquisitions firm. In his limited role as a broker and a consultant at The Veld Group, Mr. Wildeveld has sold over 500 businesses.  Impressive as this may be by any business brokerage standard (this represents more sales than many heavily staffed 30+ year old brokerages), Michael does not claim the title as The Veld Group’s top producer!  Since entering the Main Street Business Brokerage market in 2003 and the Mergers and Acquisitions market in 2007, The Veld Group has successfully engaged in over 1,000 sell-side transactions.

Despite his active schedule, Michael Wildeveld remains a devout entrepreneur and still finds the time to start new businesses or acquire existing ones.  While the list of prior investments is lengthy and diverse, recent companies that Mr. Wildeveld has owned include a commercial printing firm, a variety of salons (which were typically part of his roll-up strategy to package like-kind businesses together to sell as chains to private equity groups, wealth managers or more sophisticated investors), and a 25,000 square foot bar, restaurant, nightclub and live music venue. In recent years, Michael took over as interim C.E.O. for a frozen food manufacturing and distribution firm that faced receivership.  In 10 months Michael developed and implemented a nationwide turnaround management strategy that included divestiture of non-core assets, market repositioning, as well as a new brand launch.  This workout strategy not only allowed the firm to maintain operations, but thrive under new management.

In addition to his professional and academic achievements, including being offered a teaching role at The University of Michigan’s Ross School of Business, Mr. Wildeveld has completed a full marathon, studied mixed martial arts and remains and remains a struggling yet dedicated golfer, runner, weightlifter, SCUBA diver, skier, as well a regular Kundalini yoga and meditation practitioner.  In his quest to experience the culture of every country in the world, Michael has authored a portion of Let’s Go – Southeast Asia 2000 Edition, a student / budget minded travel publication, and has managed to independently explore over 120 countries on all 7 continents.