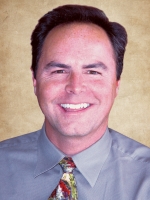 Robert Porter began his career in SBA Lending in 1989 after graduating from California State University, Sacramento - Finance. For the past 31+ years, Robert acted as a Vice President/Business Development Officer for four Banks including Sacramento Commercial Bank (7 years), Bank of the West (9 years), and Comerica Bank (3 years), Plumas Bank (13 year), and during this period successfully negotiated and funded approximately $404,000,000 in SBA 7a, 504, and non-SBA commercial real estate loans to small businesses.

Robert’s experience extends beyond SBA lending. An avid 40 year rock climber, Robert has climbed some of Yosemite’s greatest mountains including El Capitan (7 times), Half Dome (1 time), Washington’s Column (9 times), to name a few. In 1997, Robert (and a partner) obtained an SBA 7a startup loan ($439,500) for the opening of Granite Arch Climbing Center in the Rancho Cordova, Ca. Granite Arch Climbing Center is one of the largest indoor climbing centers in the world. Robert has since sold his interest in the gym.

Robert resides Loomis, California, is 28 years happily married and the father of three children (19, 21 & 23). Although his office is located in Auburn, Ca., the majority of his lending activity is done in northern California extending from Monterey to Mendocino and San Francisco to Lake Tahoe. Plumas Bank offers SBA 7a and 504 loans throughout the states of CA, NV, AZ, OR and WA.